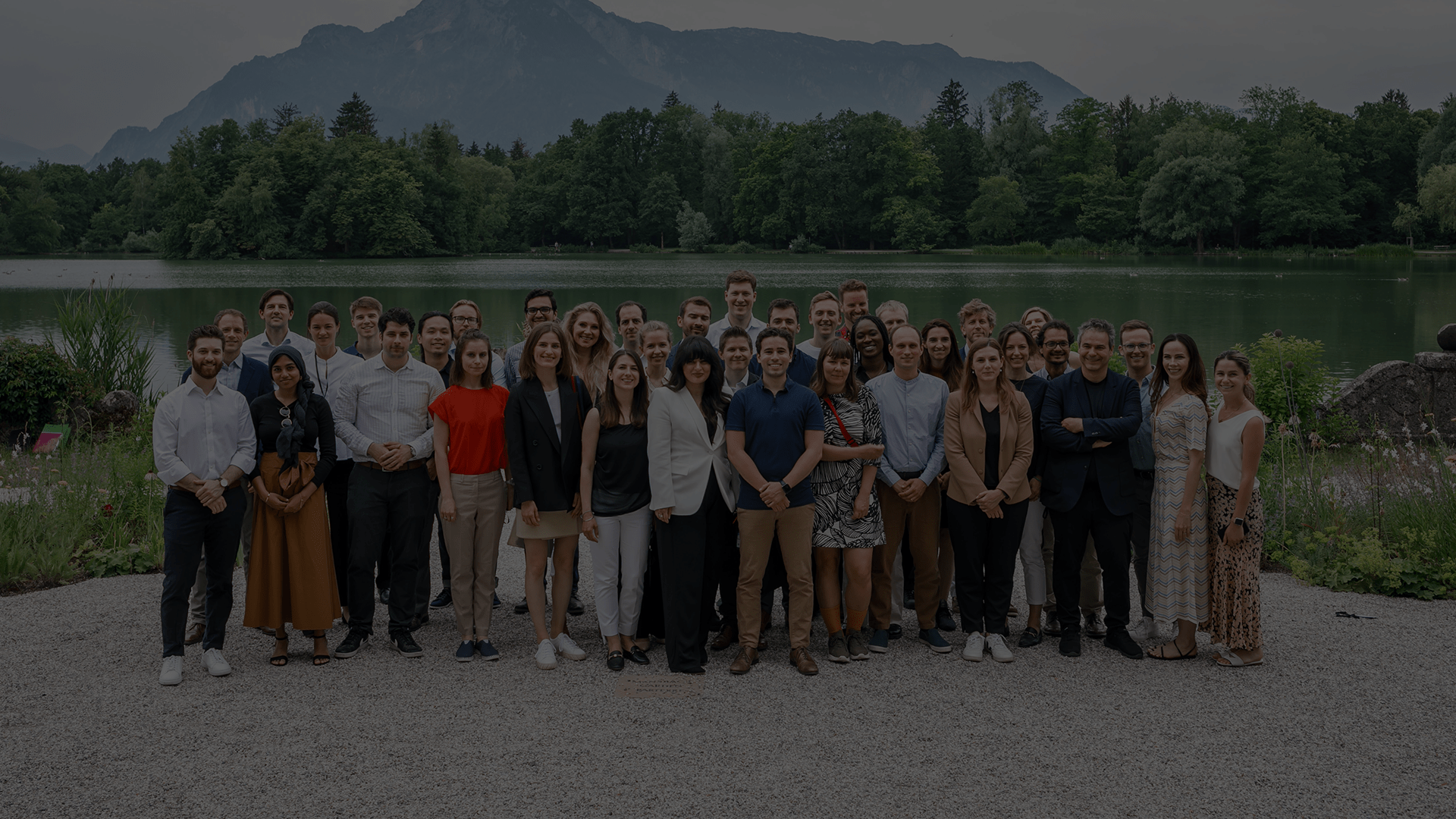 International Strategy Forum – Europe aims to forge an interdisciplinary network of rising leaders across the European continent to strengthen progress and security amid technological innovation and a changing world order.

Representing more than half of the countries in Europe, the 27 fellows hail from 22 different countries. From across the European continent, the ISF 2022 Europe Fellows are a diverse cohort composed of business professionals, technologists, security experts, government leaders, academics, and more.

The International Strategy Forum aims to forge an interdisciplinary network of rising leaders to strengthen progress and security amid technological innovation and a changing world order. We bet early on the next generation of problem-solvers with
extraordinary potential in geopolitics, innovation, and public leadership. 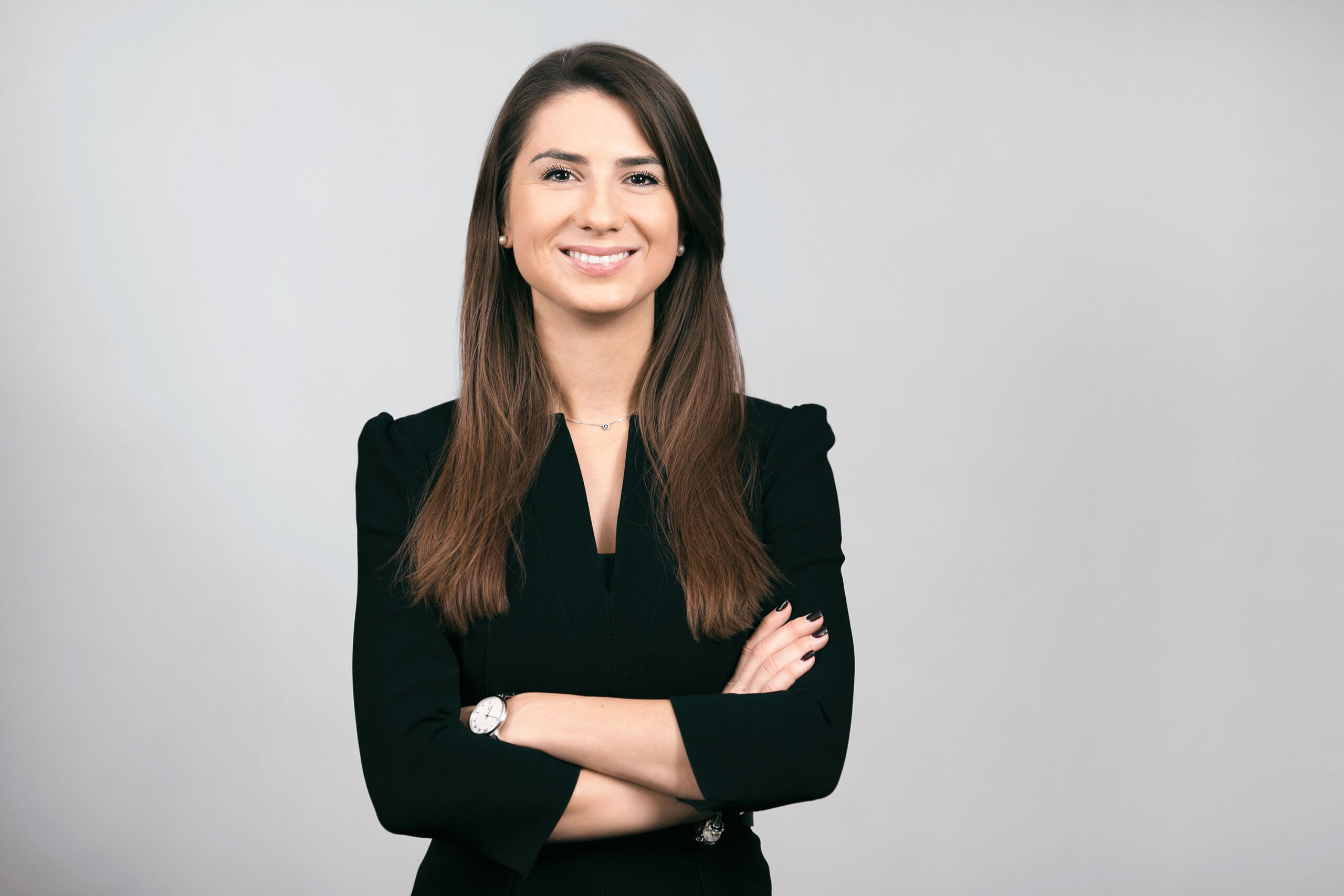 Agnė Rakštytė is the Chief Operation Officer at the Baltic Institute of Advanced Technology in Vilnius. In her role as COO, she oversaw projects relating to high-speed electronics implementation, 5G / 6G and space applications. During her Digital Innovation Baltic Fellowship in 2021 at CEPA, Agnė focused on how Baltic states can support 5G security through transatlantic cooperation. 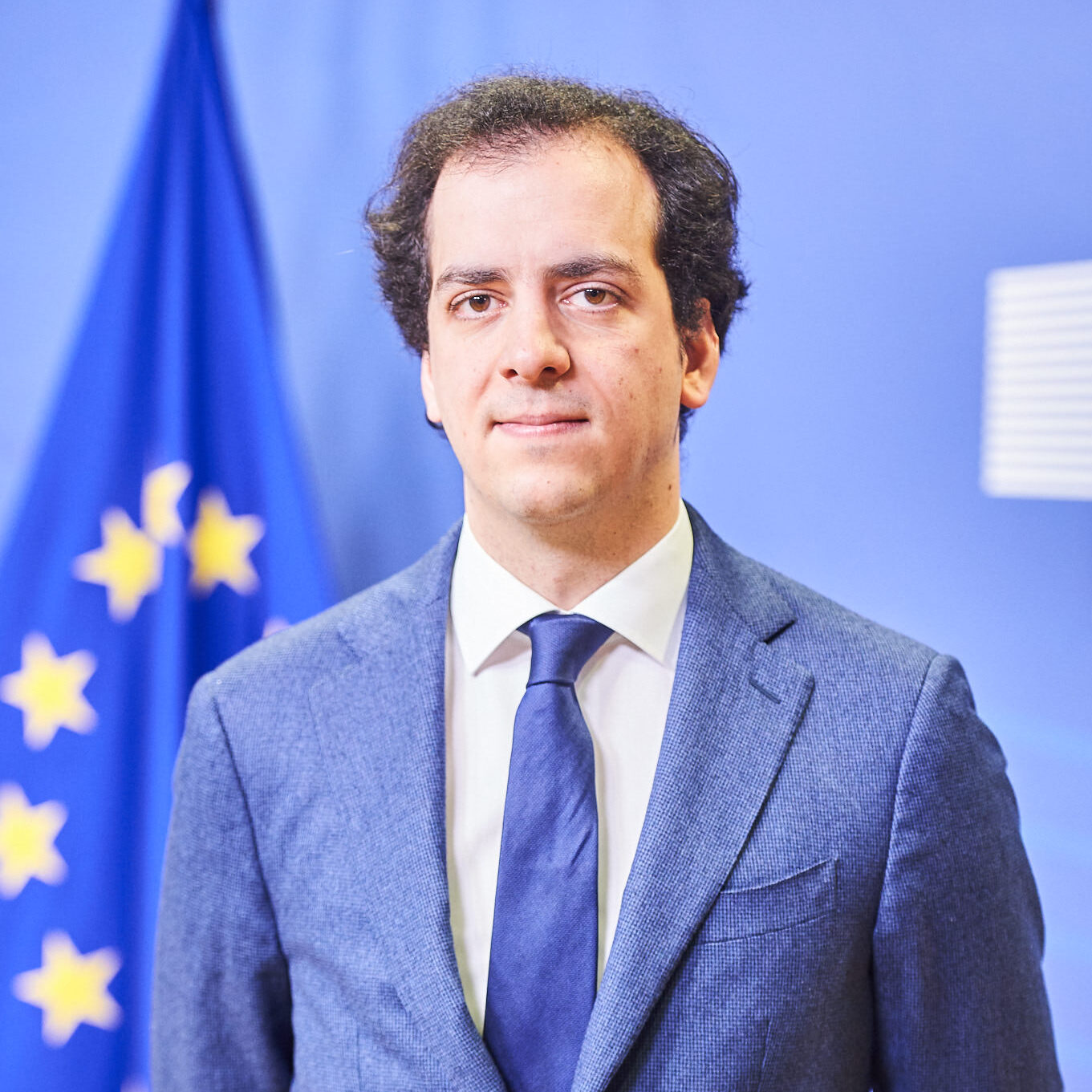 Alejandro Cainzos is a member of cabinet to European Commission Executive Vice-President Margrethe Vestager, whom he advises on the international aspects of her portfolio, 5G, cybersecurity and defense. He previously advised the Commission’s Deputy and Acting Secretary-General. 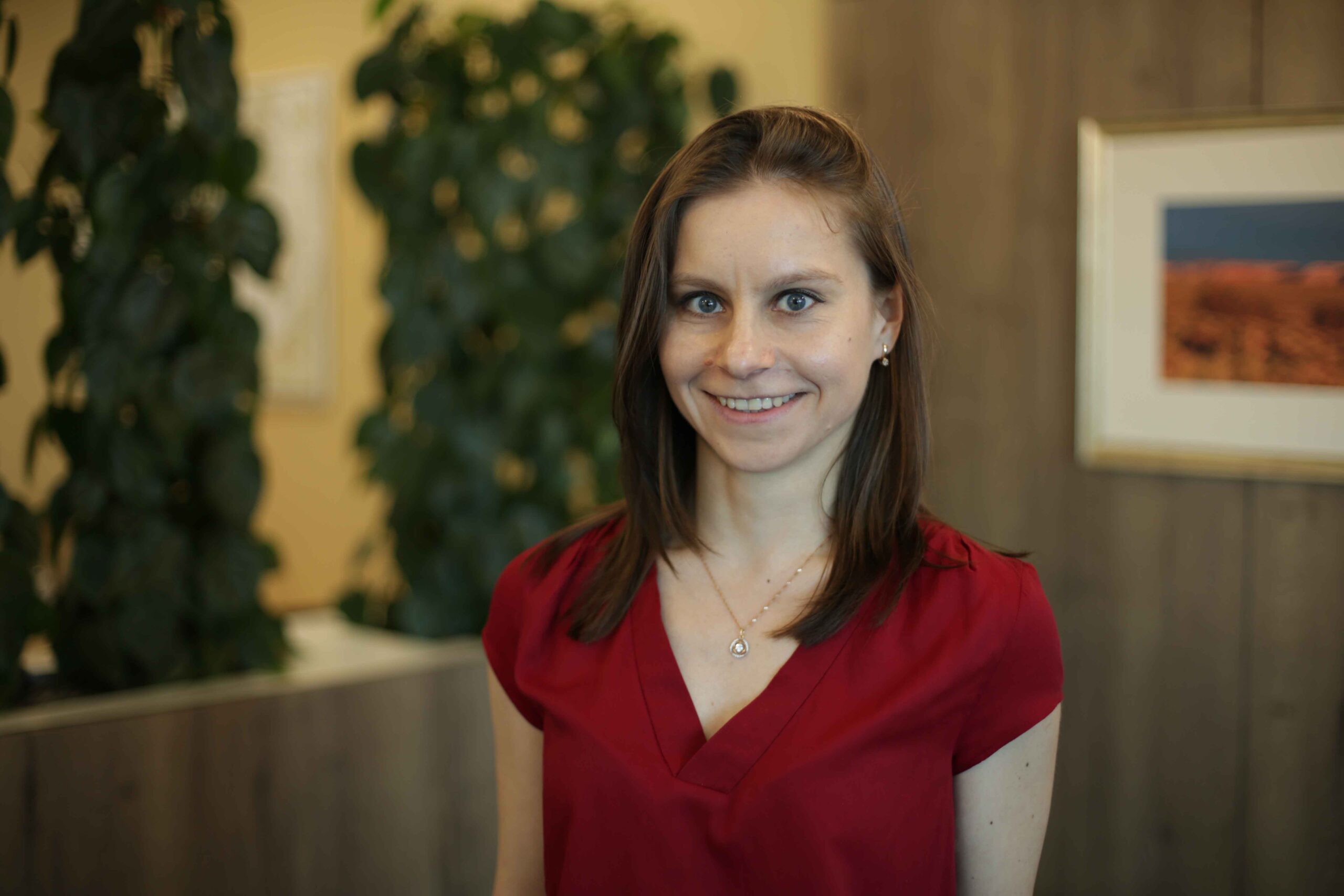 Alena Kudzko is Vice President of GLOBSEC and Director of the GLOBSEC Policy Institute think tank in Bratislava where she oversees policy development, research, and programming in the areas of security, global order, and technology and society. Her current research focus is on European and transatlantic relations and the impact of emerging technologies. 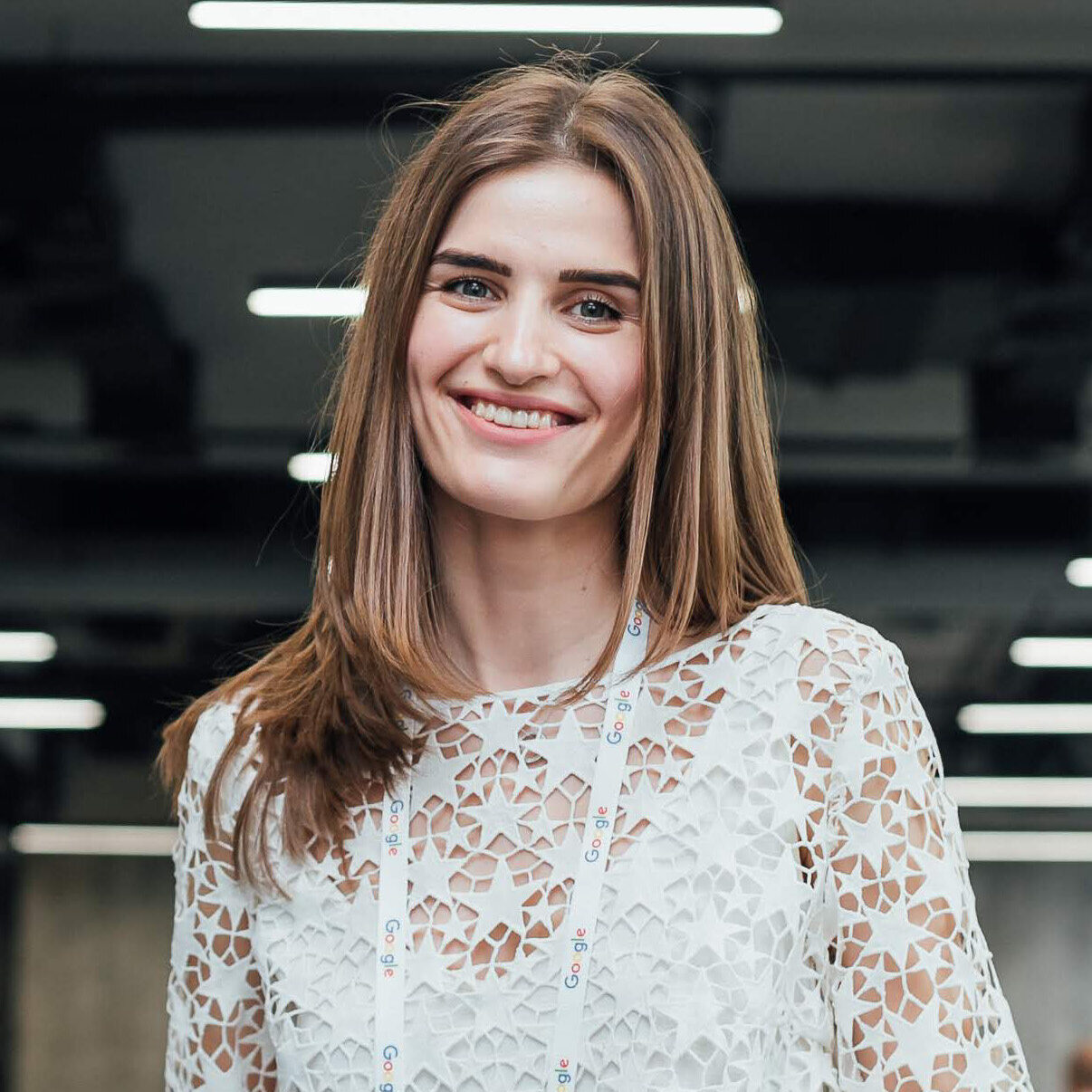 Anastasia Gnatenko is a Data Privacy Lead at Google Europe. Prior to joining Google in 2016, she worked at the Permanent Mission of Ukraine to the United Nations in New York and UNHQ in Vienna. 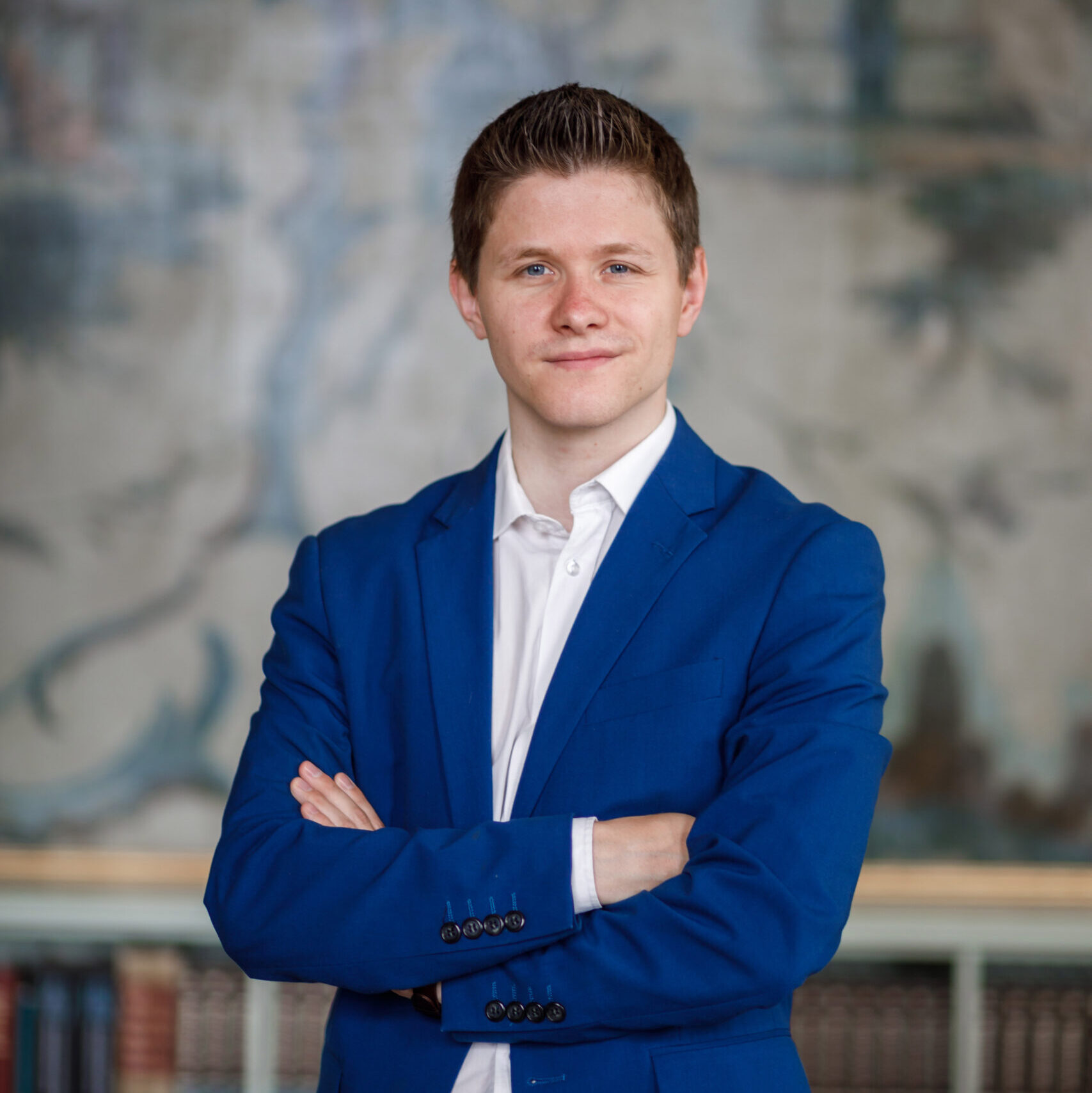 Anders Storgaard is a member of the Frederiksberg City Council, former chairman of Young Conservatives Denmark and co-founder of the Danish China-critical Society and works in media. In the city council, Anders Storgaard is the vice-chairman on the Committee on Climate, urban planning and housing as well as the speaker for his party on environment, mobility and urban nature. 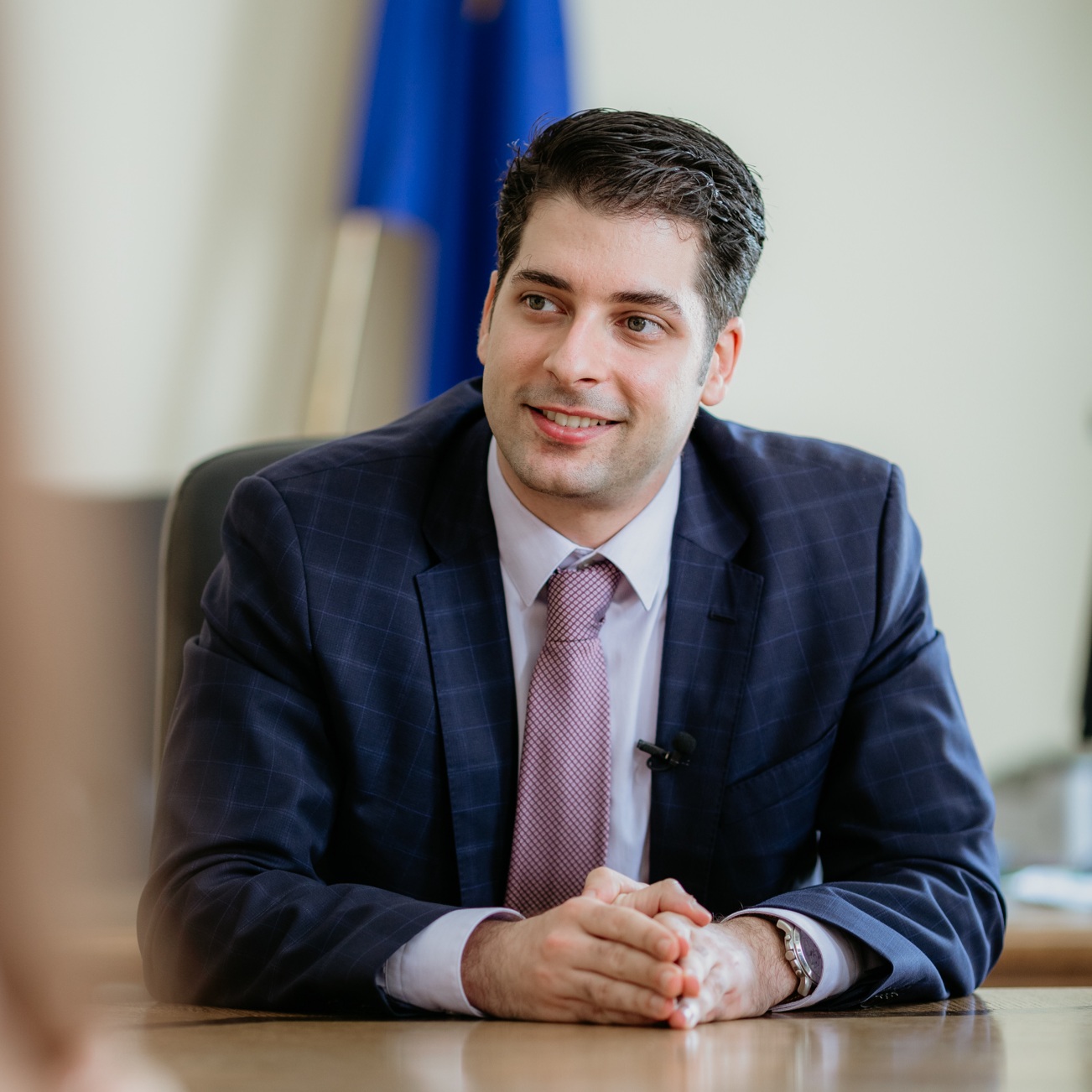 Atanas Pekanov is a macroeconomist at the Austrian Institute of Economic Research (WIFO) in Vienna and a lecturer at the Vienna University of Economics and Business. Previously, he served as Deputy Prime Minister of Bulgaria in the caretaker government between May and December 2021. He was a Fulbright scholar at Harvard University, has worked at the European Central Bank, and studied in Vienna and London. 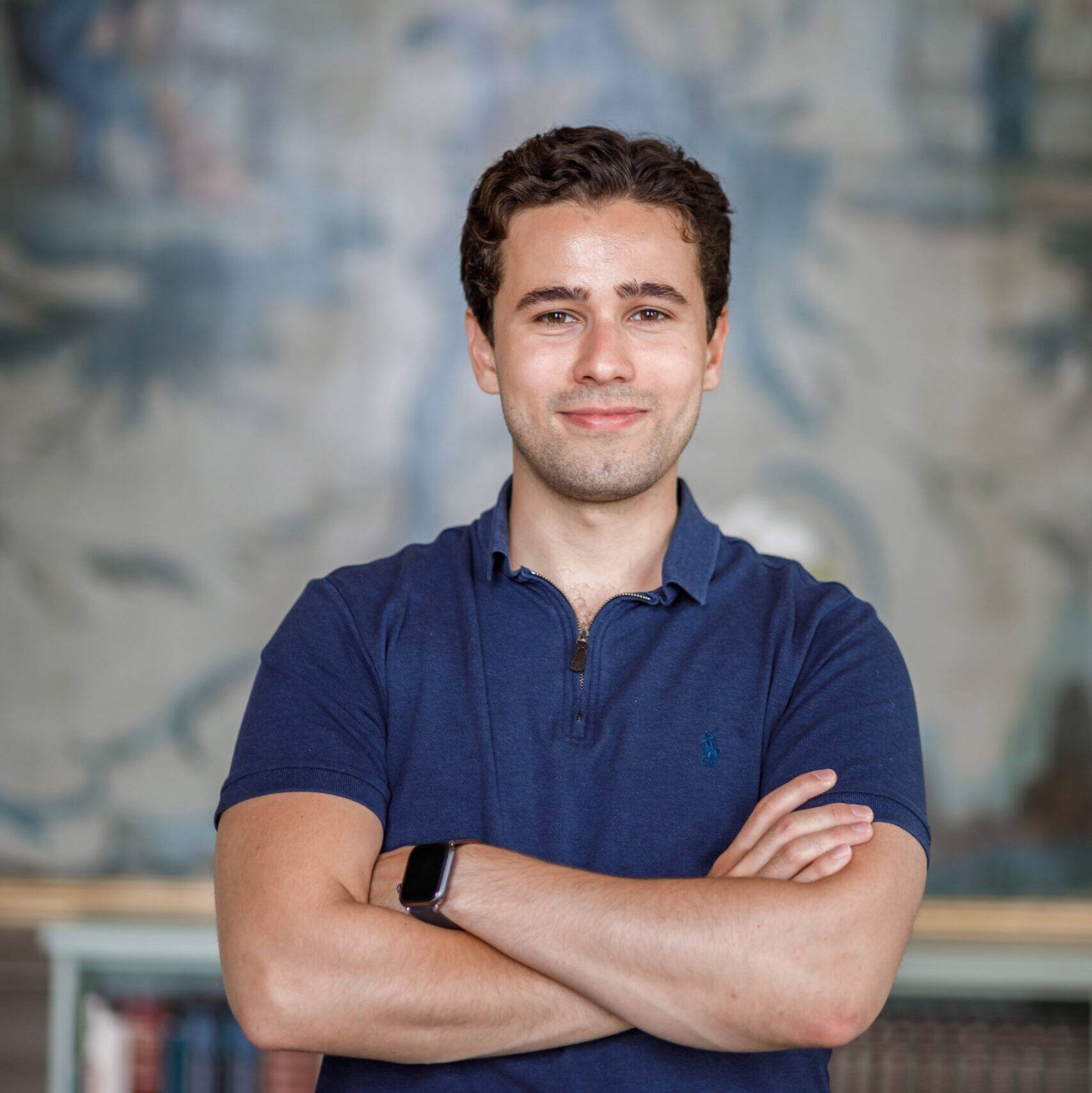 Bartu Kaleagasi is a researcher in space economy and policy with interests in sustainable development, emerging technologies, and international security. He is currently establishing the Center for Space Governance – an NGO based in Washington D.C. which aims to explore the future of space governance and policy. Bartu is also a guest lecturer at the University of Oxford and recently joined the Space Generation Advisory Council (SGAC) as a Policy Officer. 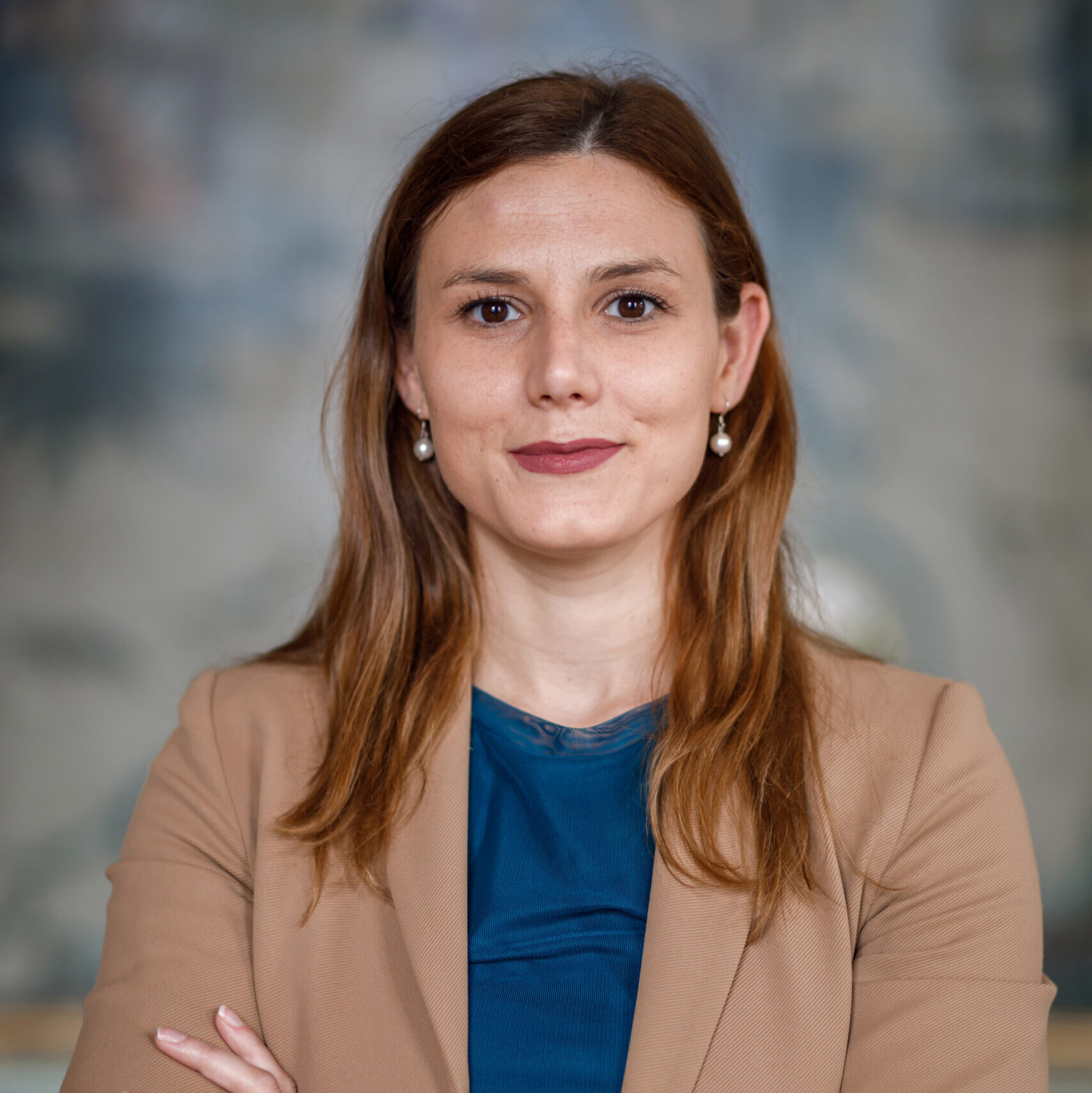 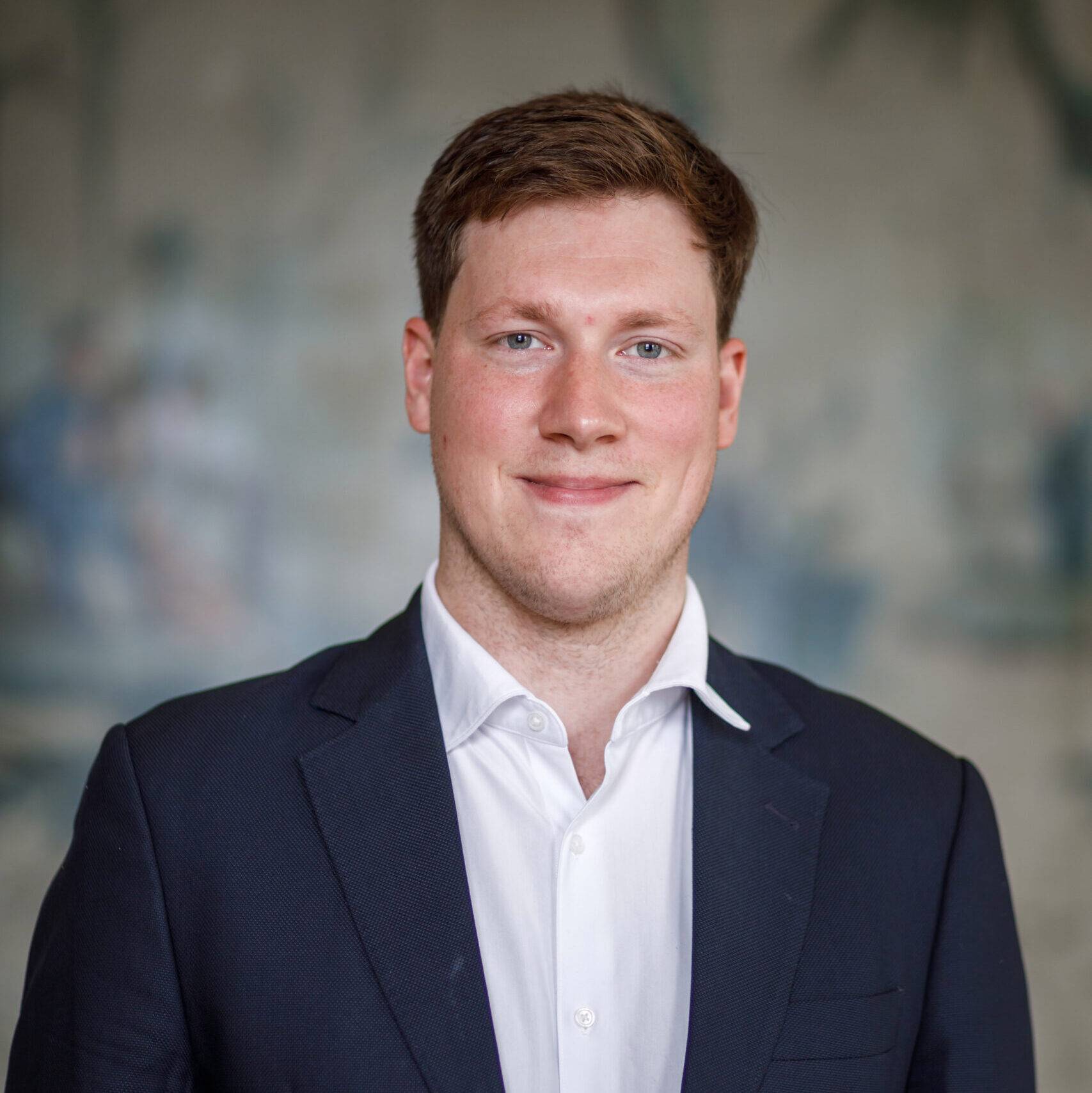 Christian Schroeder de Witt is an artificial intelligence researcher specializing in fundamental research on multi-agent control in high-dimensional settings. He is pioneering real-world applications of deep multi-agent reinforcement learning, ranging from steganography to climate-economics models and solar geoengineering. Christian currently holds a postdoctoral researcher role at the University of Oxford. 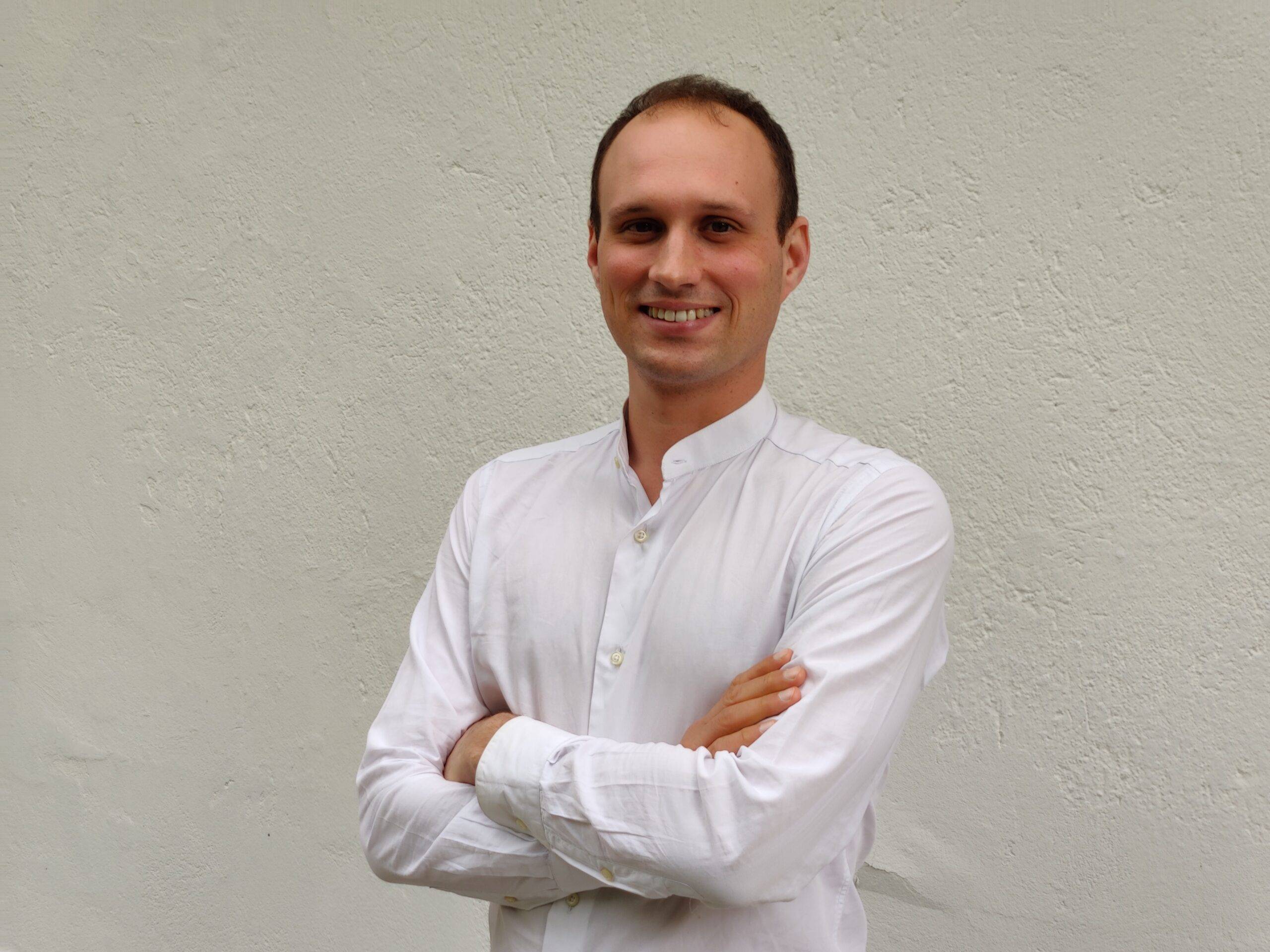 Francesco Cerruti is the Director General of the Italian Tech Alliance, an association that brings together investors in innovation, startups and innovative SMEs active in Italy. Previously, he led the European Affairs division of the consultancy Transatlantic Public Affairs and managed the office of a Member of the European Parliament for five years.

Francesco Giorgi is an experienced advisor at the European Parliament in the field of Foreign Affairs and Human Rights, MENA region, with a vast network of contacts in the EU institutions and among parliamentarians, politicians, NGOs, and diplomats. 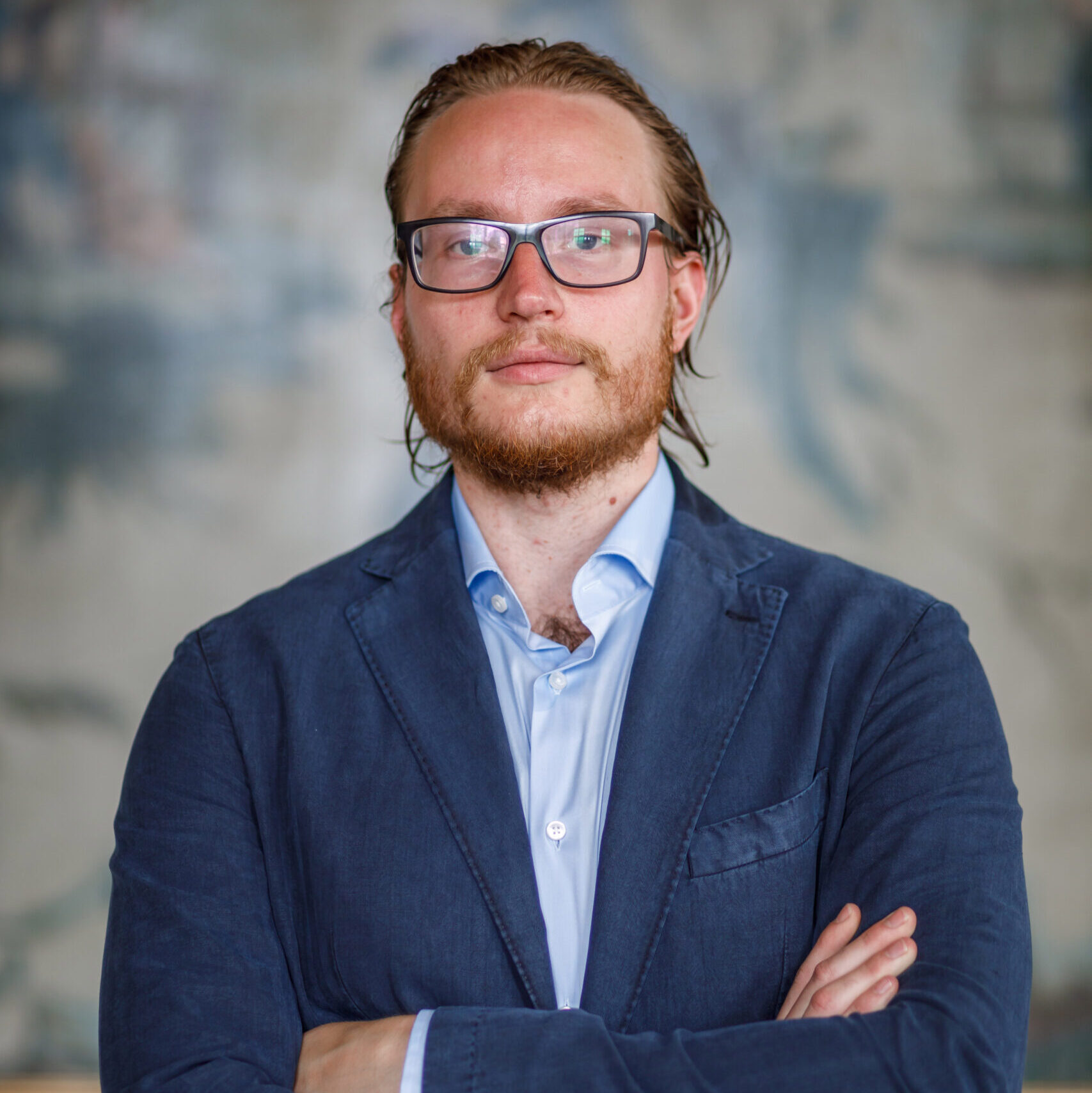 Frederico Mollet is a policy analyst at the European Policy Centre, where he leads on EU economic governance and industrial policy topics. He was previously a policy adviser at HM Treasury and the Cabinet Office, and a journalist for Risk.net. He holds a law degree from Durham University and an MSC in Public Policy from UCLA. 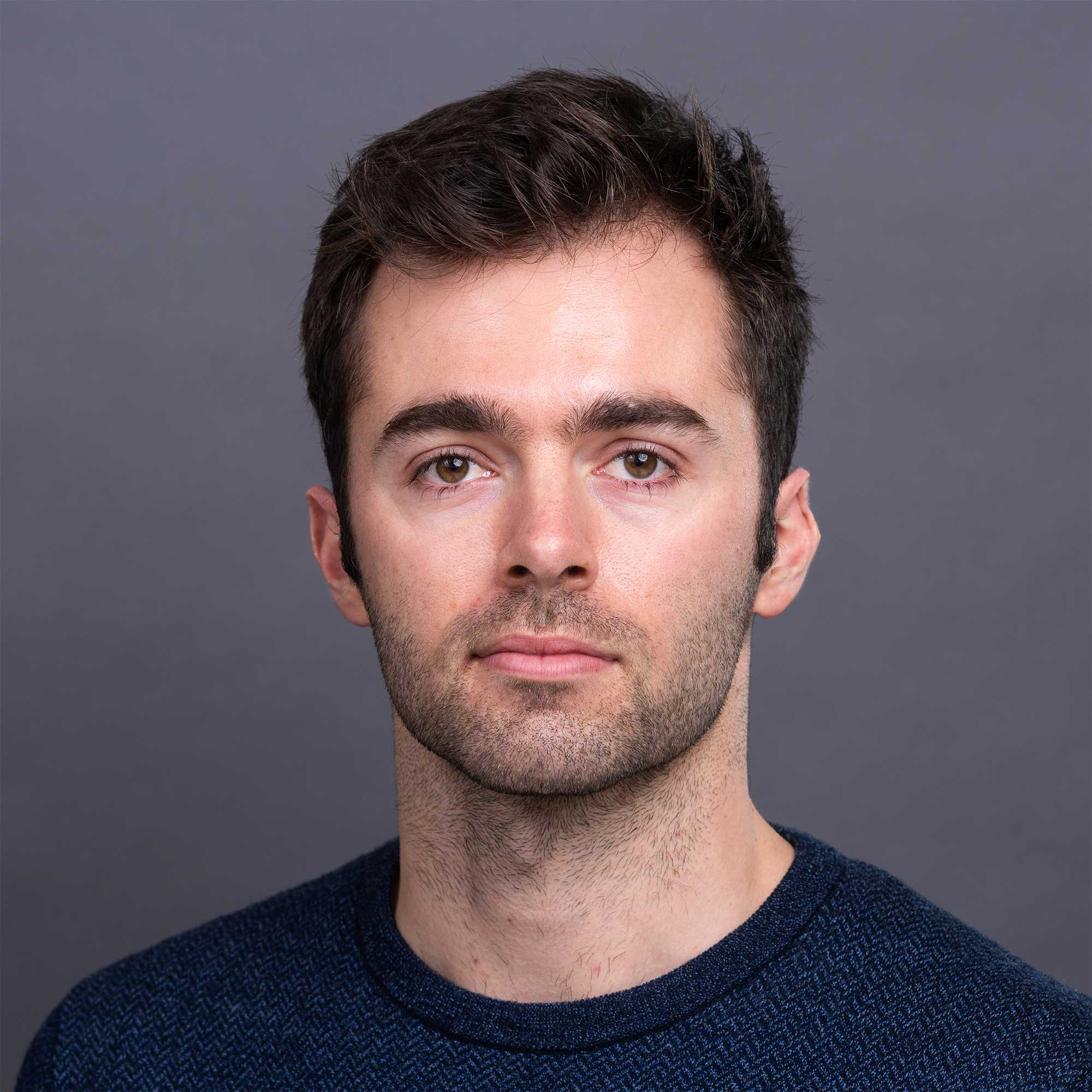 Harrison Steel is an Associate Professor of Engineering Science at the University of Oxford and co-director of the Synthetic Biology Centre for Doctoral Training. His work is at the interface of control engineering, synthetic biology, and robotics, building technologies that combine electronic and biological components. He also founded the Bioreactor platform venture Chi.Bio. 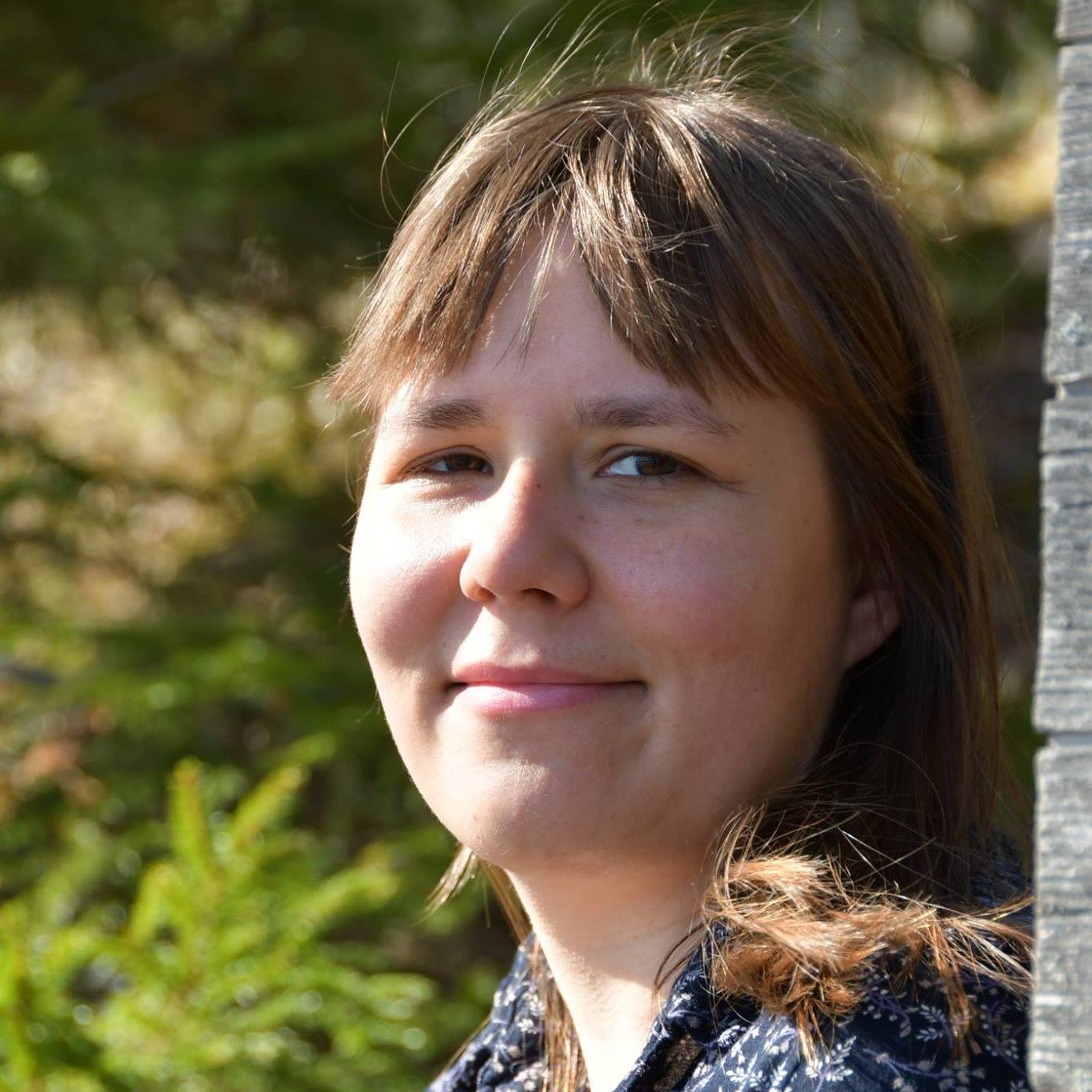 Heta Heiskanen is a Senior Specialist in the Ministry of the Environment in Finland and a Secretary General for the Climate Change Panel. Prior to her current work, she completed her PhD on environmental human rights and specialized in the rights of indigenous peoples in environmental decision-making. 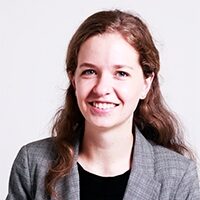 Joanna is currently the Privacy and Protection Lead at the Centre for Innovation at Leiden University.  She has also worked on early warning systems for mass atrocities at the Signal Program on Human Security and Technology at the Harvard Humanitarian Initiative. She continues to advise and speak on data and AI in contexts such as policy-making and the future of warfare and defense. 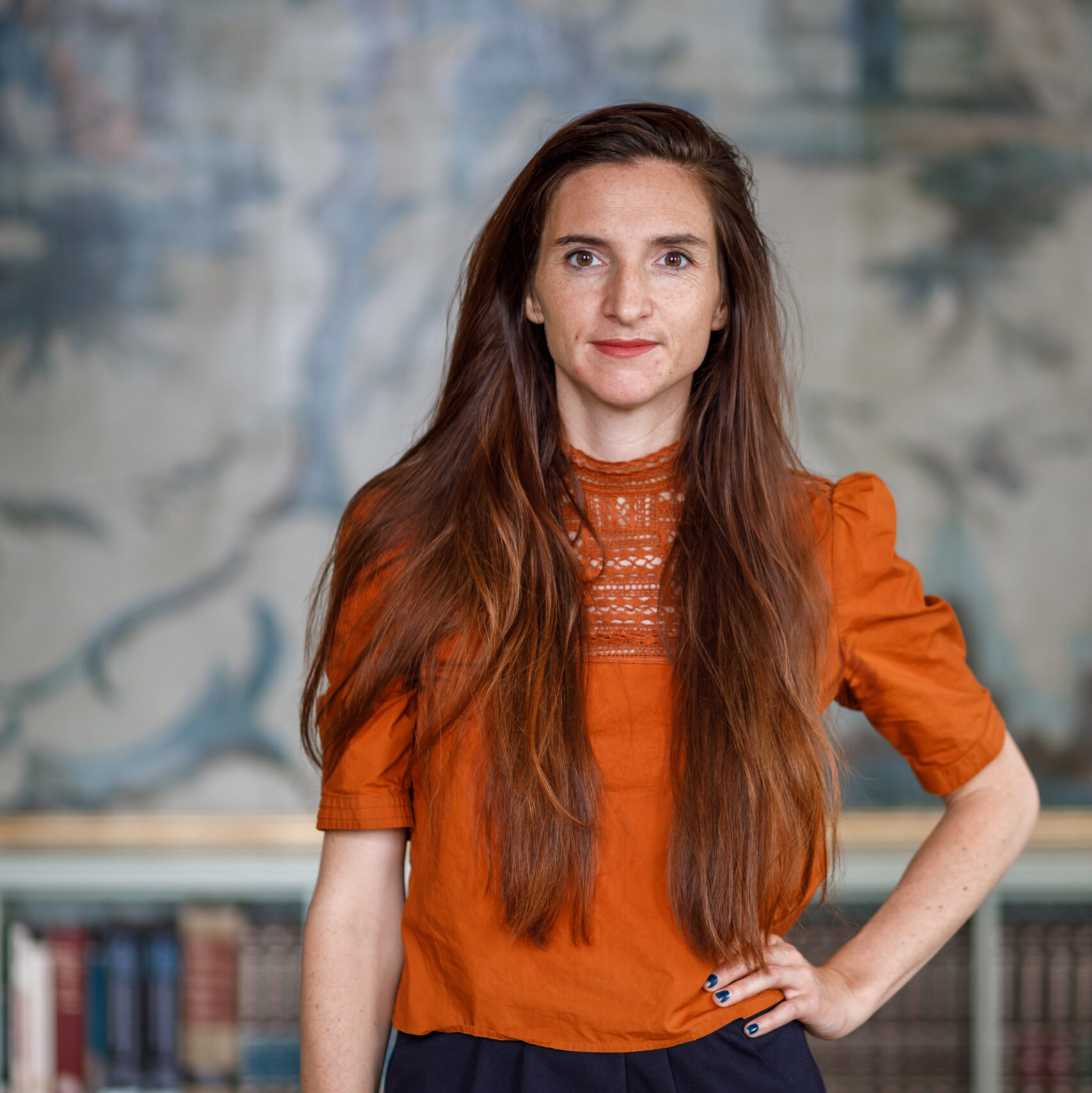 Joséphine Goube is the CEO of Sistech, an international charity supporting refugee women inclusion in Europe, and co-founder of Techfugees, an international organization empowering displaced persons with technology. As an expert on migration and social innovation, she sits on the board of the Norwegian Refugee Council and served as an informal expert for the European Commission between 2015 and 2019. 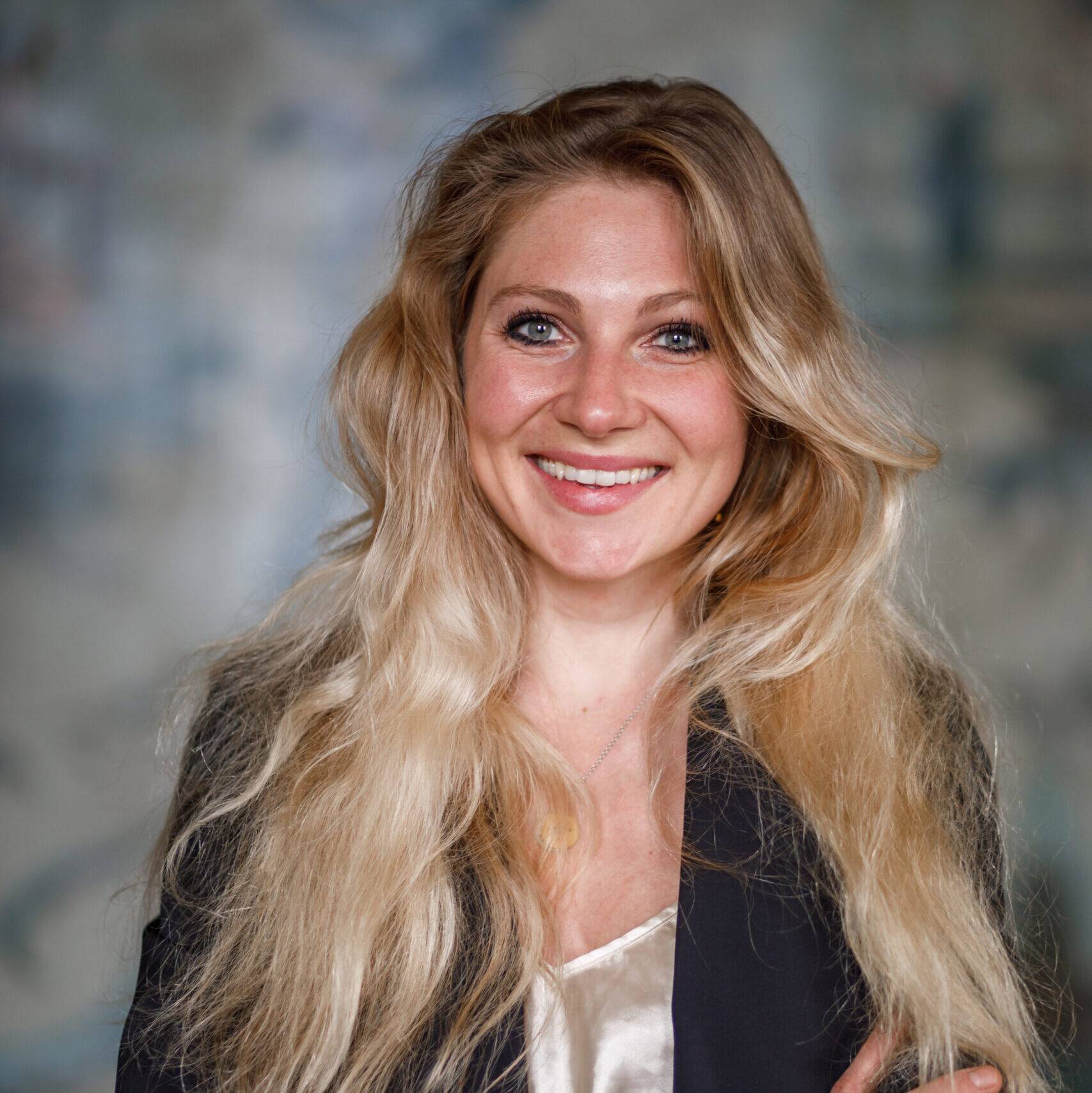 Katharina Lix is an Artificial Intelligence and Machine Learning product leader, most recently in the mental health sector. She holds a Ph.D. from Stanford in Management Science & Engineering, and her research at the intersection of Machine Learning and psychology has been published in leading peer-reviewed journals. She is a co-founder of Silicon Valley’s first German-American tech conference, Transatlantic Sync. 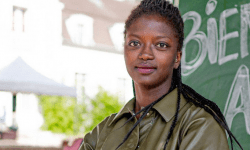 Laurence Meyer is a jurist and the Racial and Social Justice Lead at Digital Freedom Fund. She currently co-leads the “Decolonising the digital rights field” process and the “Digital Rights for All” initiative, jointly with EDRi. Laurence works on issues of digital rights and the notion of race in law and has written articles on these topics for French and German newspapers. 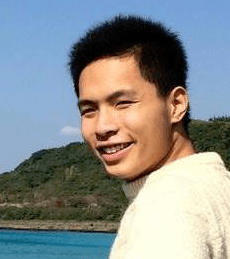 Lucas Tse is a DPhil candidate and an Examination Fellow at All Souls College, Oxford, where he writes about the international and economic history of China in the modern world. His current research is on China and international organizations in the mid-20th century.  He is a coordinator for the ‘Europe in a Changing World’ project of the Dahrendorf Programme for the European Studies Centre at Oxford University. 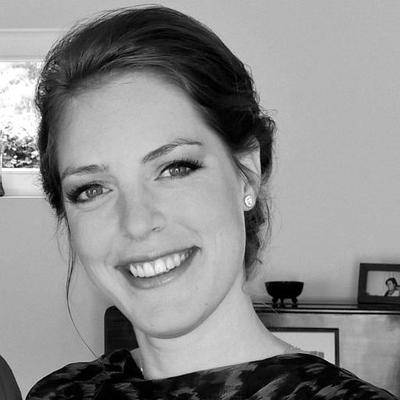 Magali Van Coppenolle is a policy advisor at the Bank of England. She is also the President of the Friday Group, a young Belgian think tank, whose motto is “inspiring policy through diversity”. The Friday Group reaches across the linguistic borders in Belgium to move the debate and work on policy proposals. 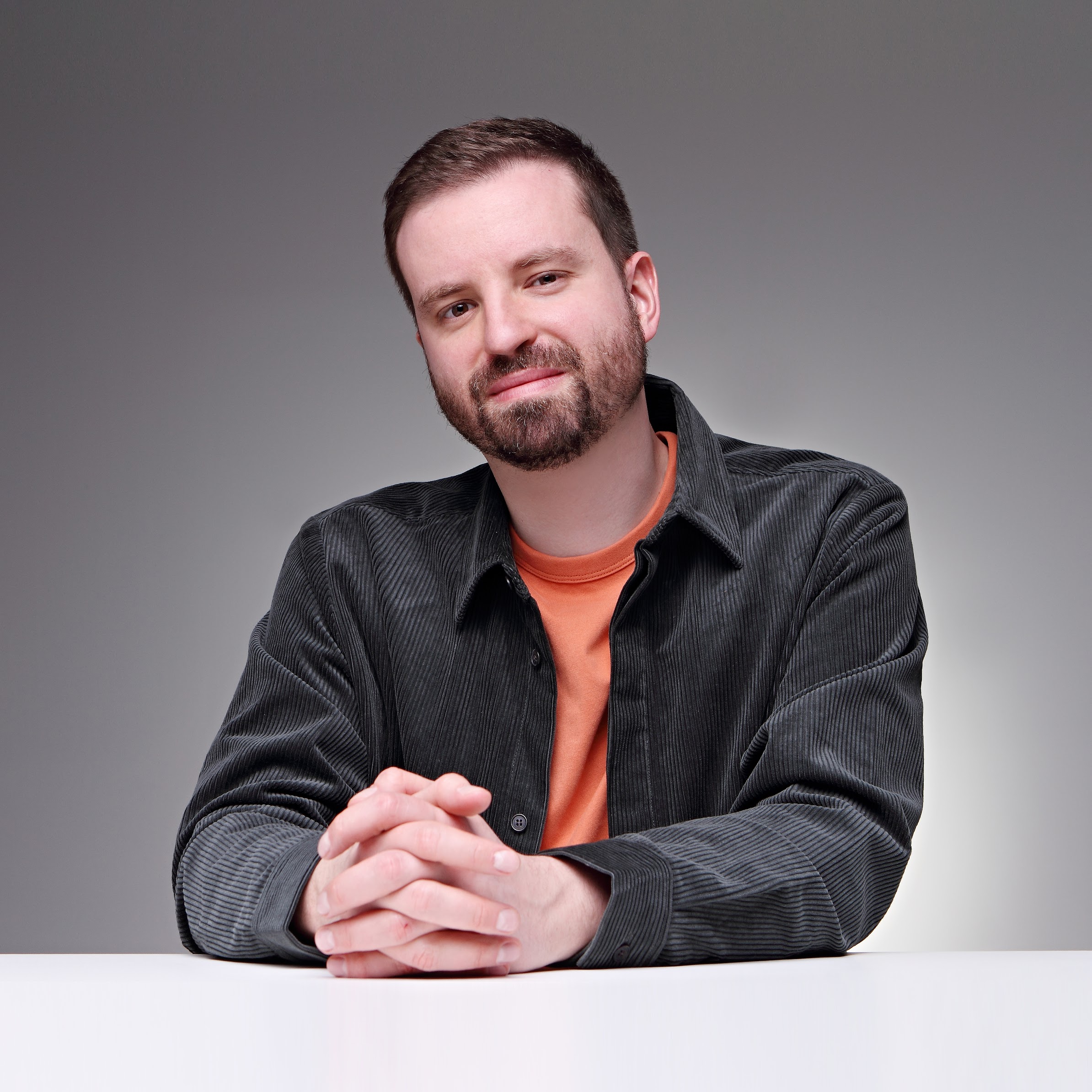 Márton Gulyás is an activist, cultural curator, host of Hungary’s most famous political youtube channel, and founder of the Common Country Movement (CCM). He was the managing director of Krétakör (Chalk Circle), an independent theater company until 2014. Since 2014, he has been working as an independent curator, activist, filmmaker and organizer. 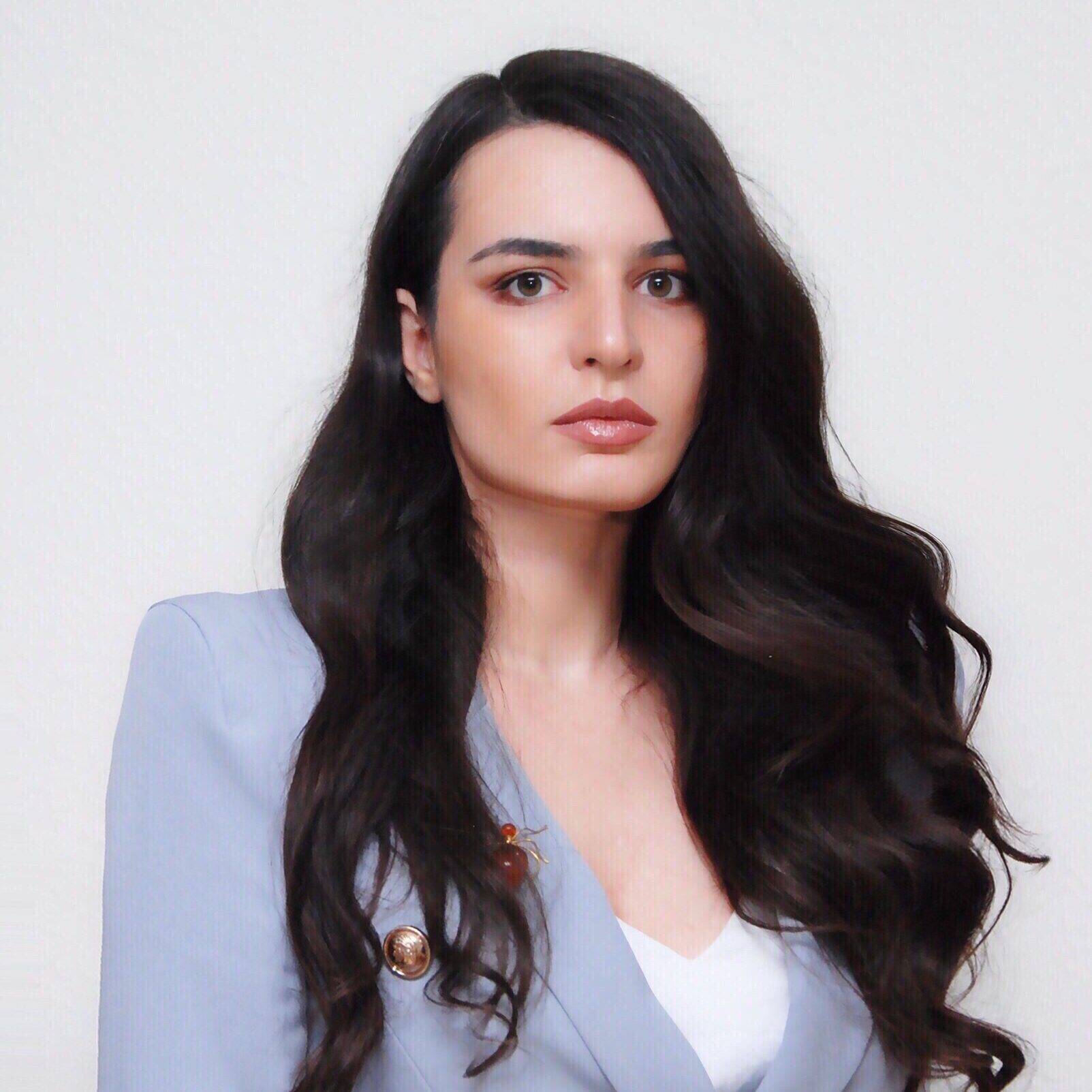 Natia Seskuria is a Founder and Executive Director of the Regional Institute for Security Studies (RISS), a Tbilisi-based think tank and an official partner of the Royal United Services Institute (RUSI). She is also an Associate Fellow at RUSI. Natia holds an advisory position at Chatham House and is a lecturer in Russian politics. 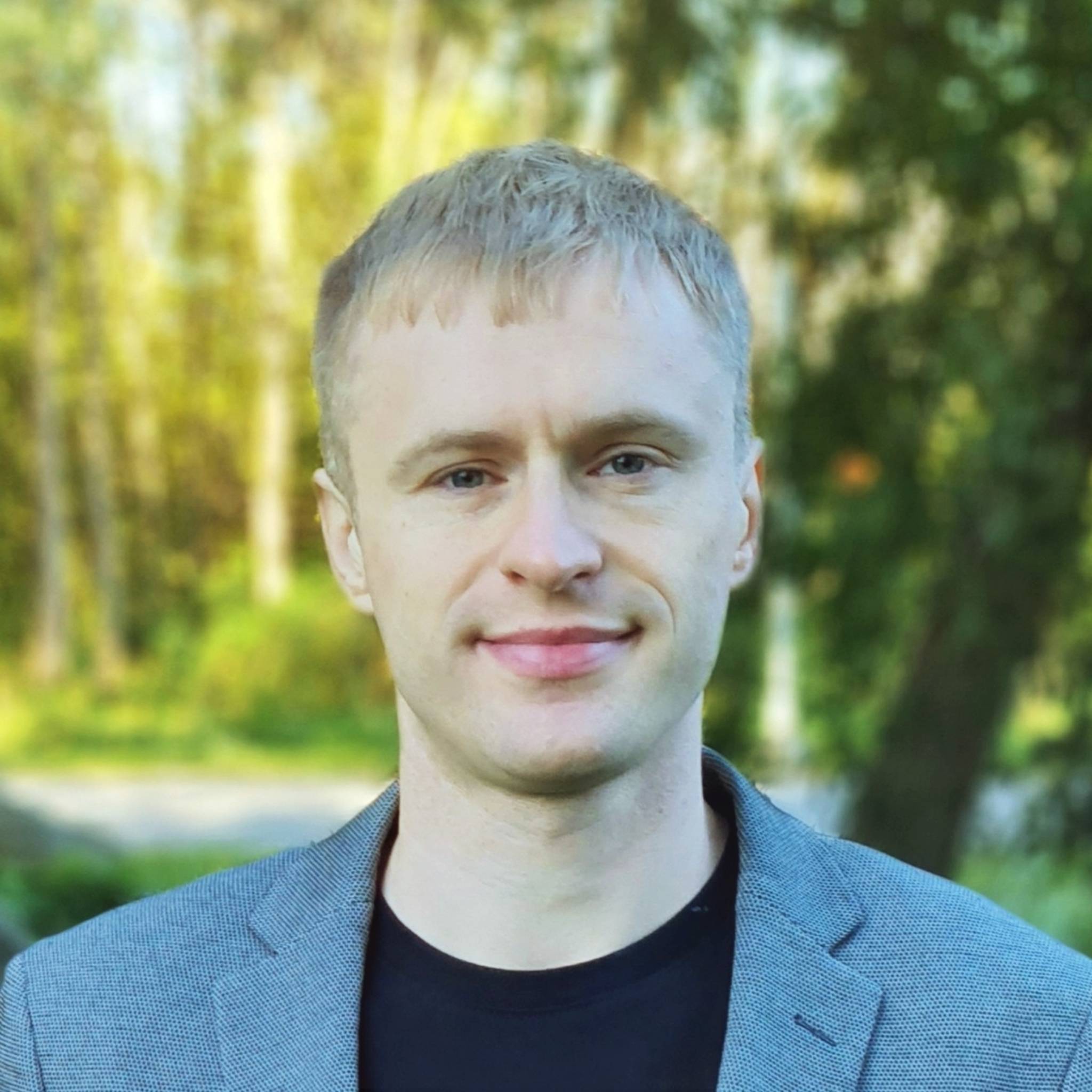 Risto Uuk works as a Policy Researcher at the Future of Life Institute and focuses on researching policy-making on AI. In addition, he is an Expert in the Working Group on Future of Work at Global Partnership on AI and a Global Priorities Fellow at Forethought Foundation. 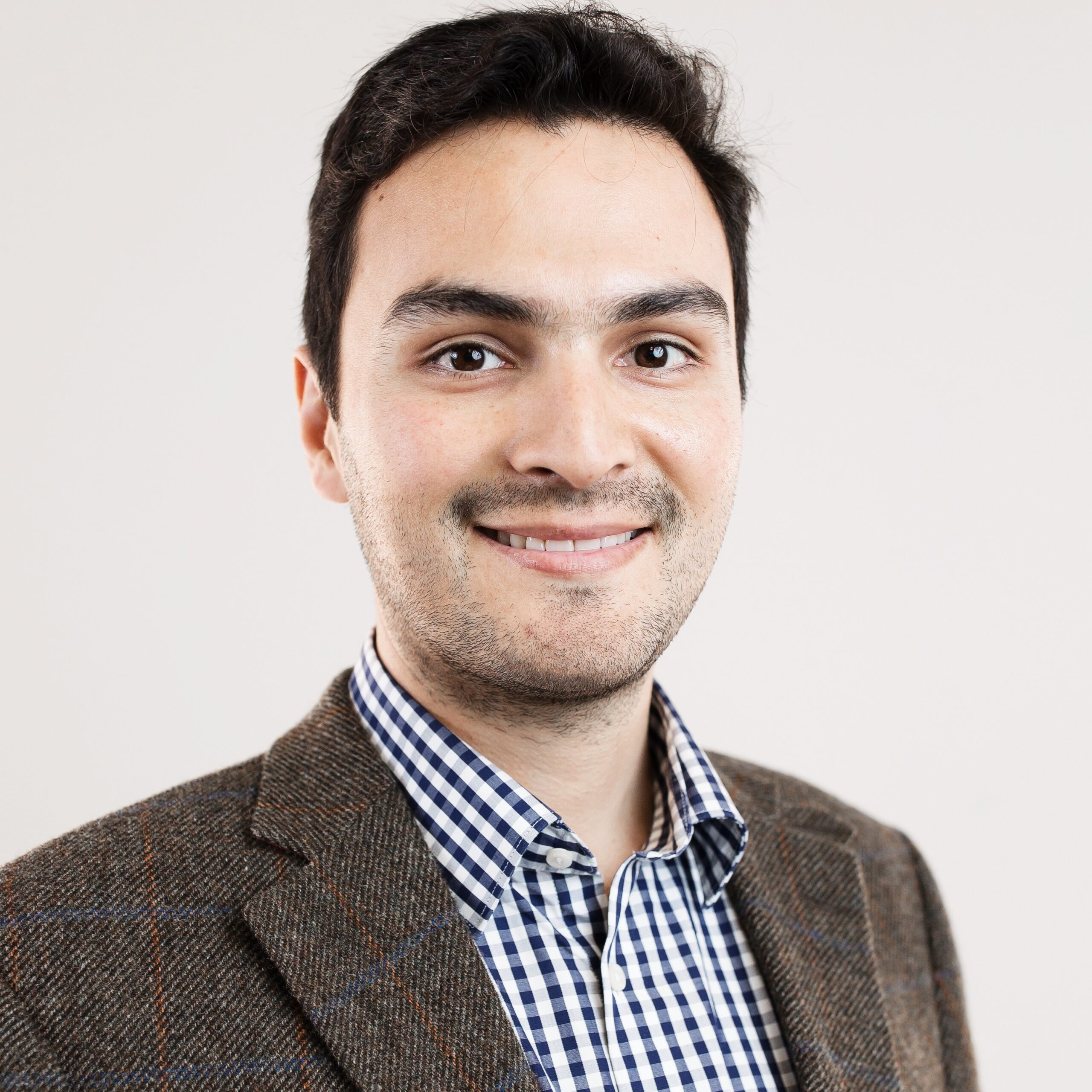 Sebastian Bonilla is an Associate Professor of Materials and a Royal Academy of Engineering Research Fellow at the University of Oxford. In 2019, he was awarded the Royal Academy fellowship to start his own research group. He is an early career scientist and academic focusing on the electronic properties of solar energy materials, photovoltaic devices, solid state physics, and nanoscale optoelectronic characterization. 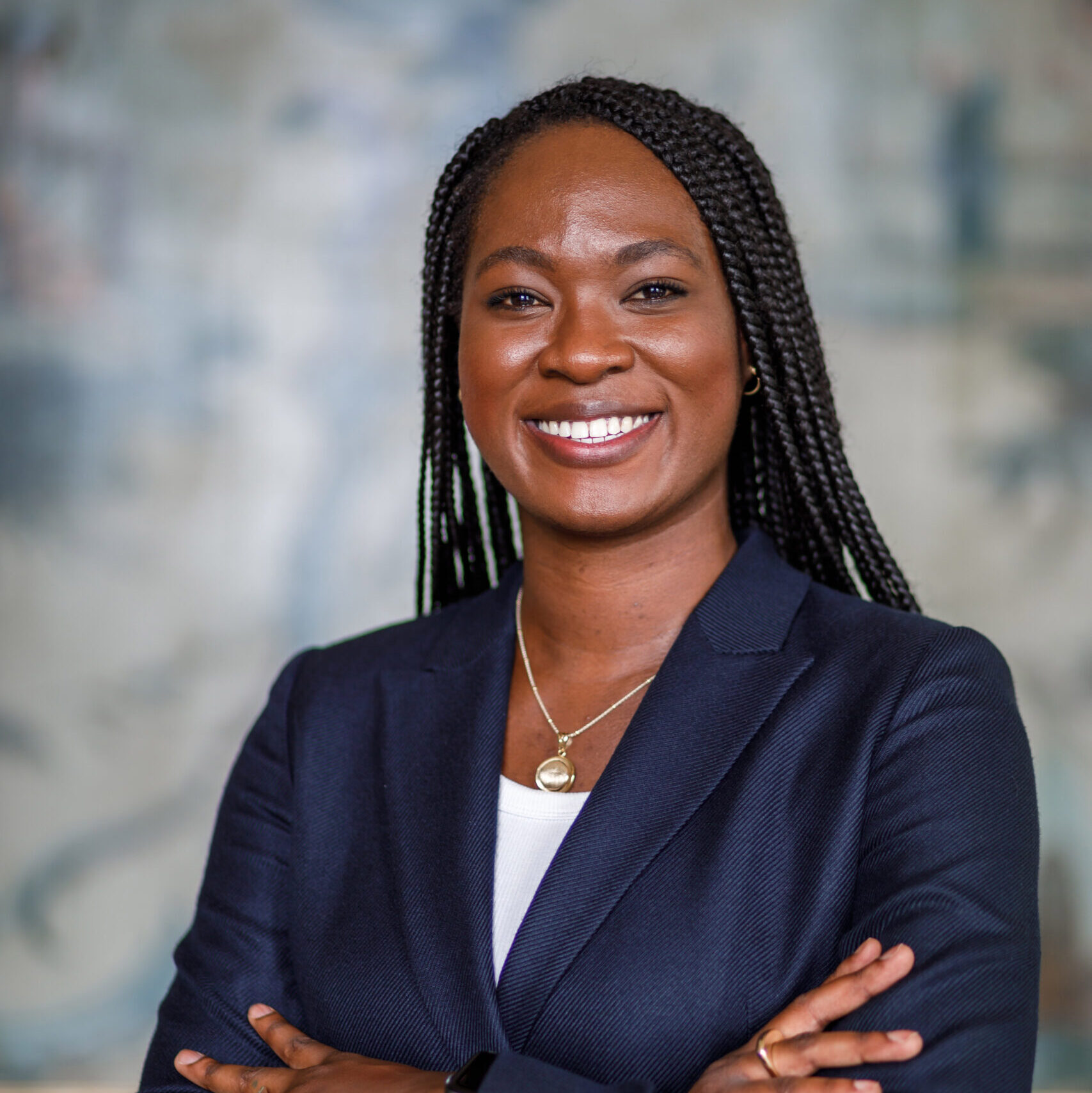 Stephanie Ifayemi is the Head of Digital Standards Policy at the UK’s Department for Digital, Culture, Media, and Sport, where she leads on the development of policy related to digital technical standards. In her role, she is responsible for a portfolio covering technologies such as AI and quantum. 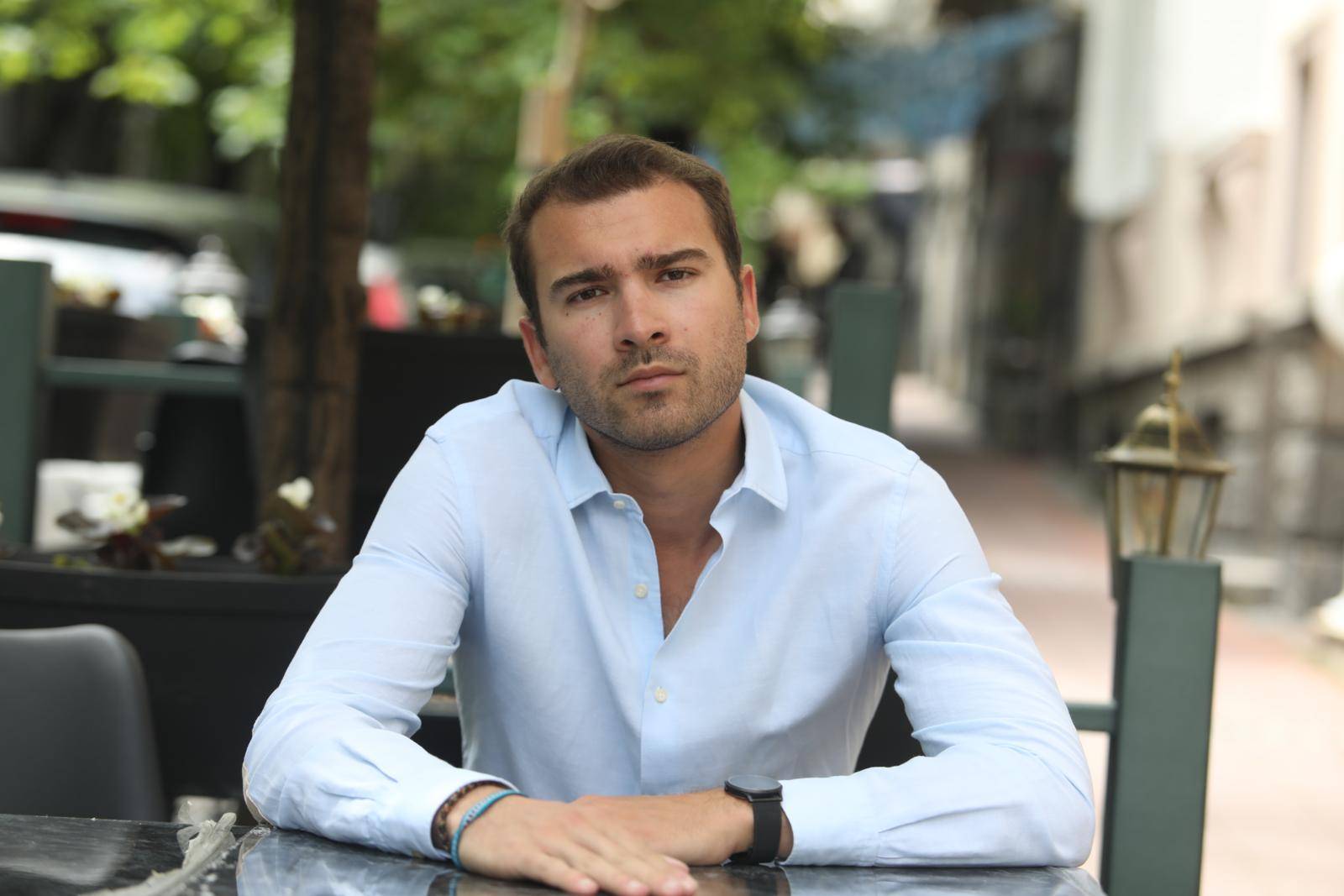 Vuk Velebit is an independent author for prominent media outlets in Serbia and the region. Over the past several years Vuk has been a prominent actor in civil society in Serbia. He has consistently advocated for further and deeper processes of democratization, institution building and continued and more robust EU integration dynamics. 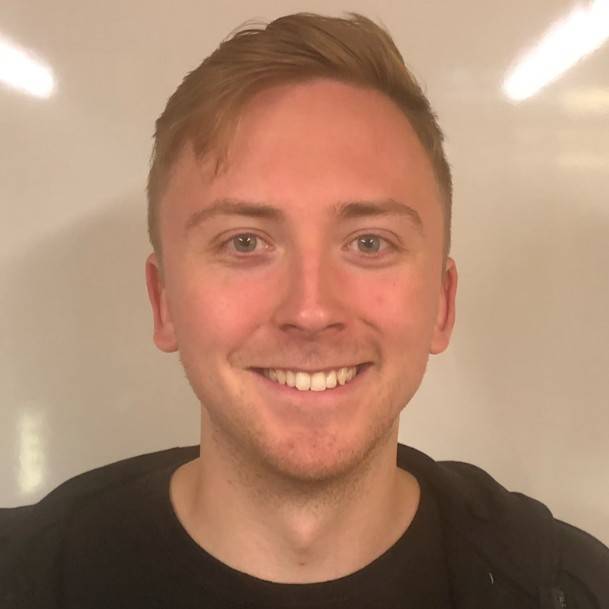 Will Hawkins is a researcher working at the intersection of ethics and artificial intelligence at Alphabet’s work leading AI research lab, DeepMind. He leads a team which partners with machine learning researchers and engineers to understand the downstream implications of advanced technologies, conducting ethics analysis across key areas such as fairness and transparency, morality and alignment, and AI misuse. 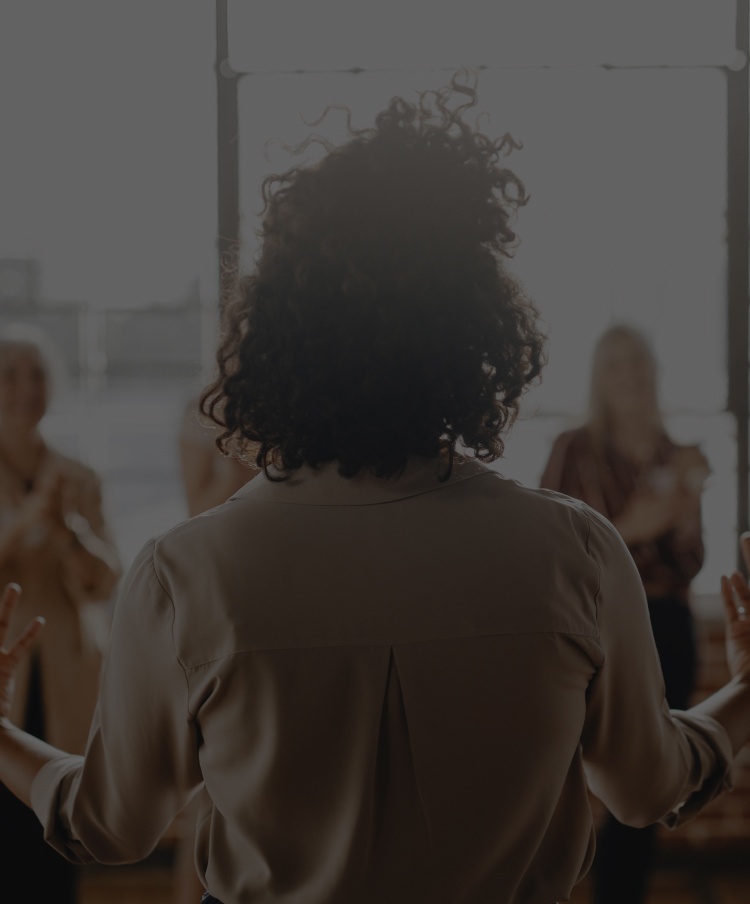 We are working to create the best, largest, and most persistent network of exceptional people ready to make the world better together. Too many brilliant people with breakthrough ideas are never found, recognized, or given a voice. We aim to change that.

This website uses cookies to improve your experience while you navigate through the website. Out of these, the cookies that are categorized as necessary are stored on your browser as they are essential for the working of basic functionalities of the website. We also use third-party cookies that help us analyze and understand how you use this website. These cookies will be stored in your browser only with your consent. You also have the option to opt-out of these cookies. But opting out of some of these cookies may affect your browsing experience.
Necessary Always Enabled
Necessary cookies are absolutely essential for the website to function properly. These cookies ensure basic functionalities and security features of the website, anonymously.
Functional
Functional cookies help to perform certain functionalities like sharing the content of the website on social media platforms, collect feedbacks, and other third-party features.
Performance
Performance cookies are used to understand and analyze the key performance indexes of the website which helps in delivering a better user experience for the visitors.
Analytics
Analytical cookies are used to understand how visitors interact with the website. These cookies help provide information on metrics the number of visitors, bounce rate, traffic source, etc.
Advertisement
Advertisement cookies are used to provide visitors with relevant ads and marketing campaigns. These cookies track visitors across websites and collect information to provide customized ads.
Others
Other uncategorized cookies are those that are being analyzed and have not been classified into a category as yet.
SAVE & ACCEPT

Want to work with us?